This is one of the best known battlefields of the Second Boer War, but when I first went there in the 50s it was untouched, had been undisturbed for half a century.

I have visited this sad, striking hill many times since, but on my first trip I had to ask  farmers all around the area, “Do you know where Spionkop is?”  In our book, We Wander the Battlefields this how I describe it:

Two or three farmers had no idea, but then a farmer said, “That’s the big hill behind my farm”.

“Drive through my cattle pen here.” And he opened the gate.

I drove through  the slushy cattle poo, covering my lovely new bike with generous amounts of cow manure, went as far as I could up the hill on the bike, leant it against a bush when I could go no farther, then climbed, climbed, climbed.

Eventually I could see a tall monument, then neglected graves, so I knew I had found what I was seeking. I wandered around this sad, forgotten area for a long time, then went back to my motor-cycle and rode home with a heavy heart.

Many people have written about this tragic battle so I won’t add to it here, but these video clips will show you around the top of Spionkop (now usually spelt Spioenkop) so you can see what the men, on both sides, faced.

Here are photos I have taken over the years. The following photos were taken when Kenneth Griffith and his film crew were on Spionkop in 1965. It was relatively still untouched. 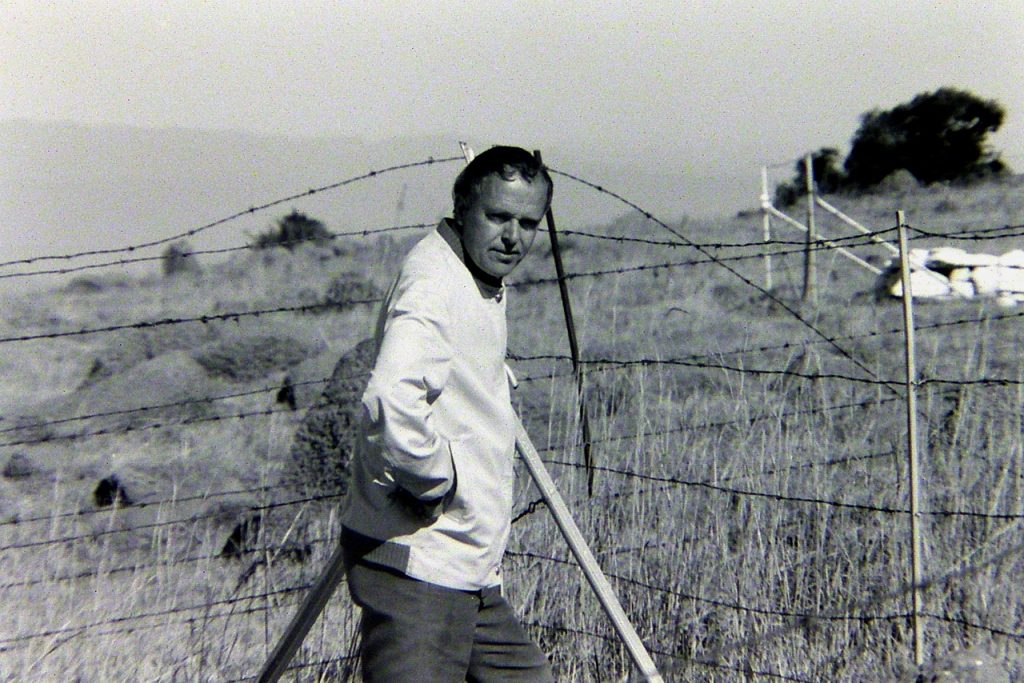 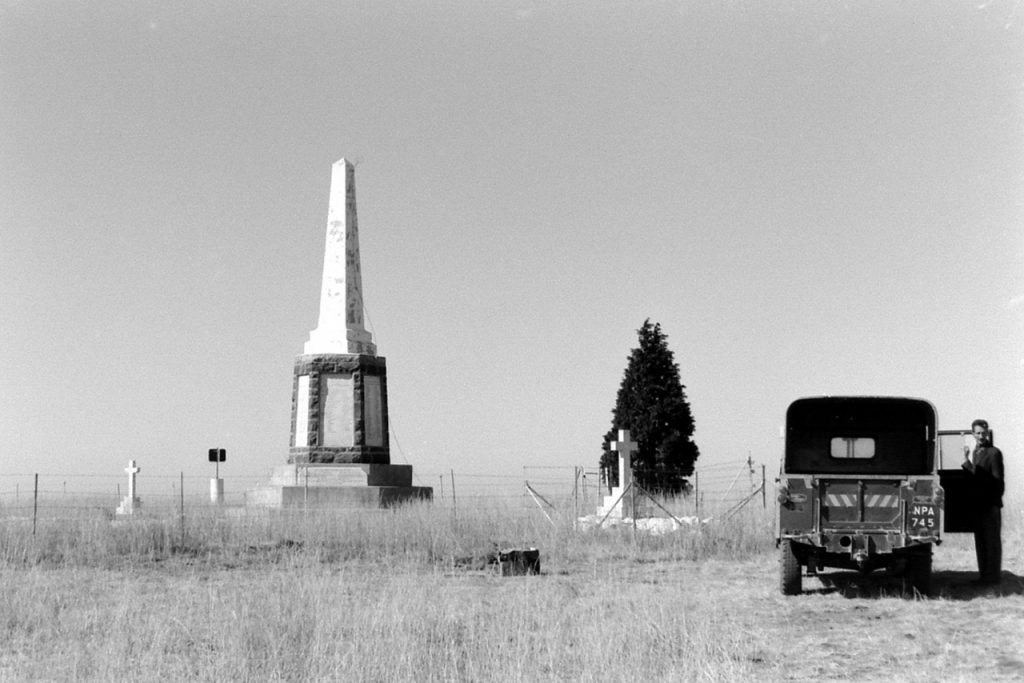 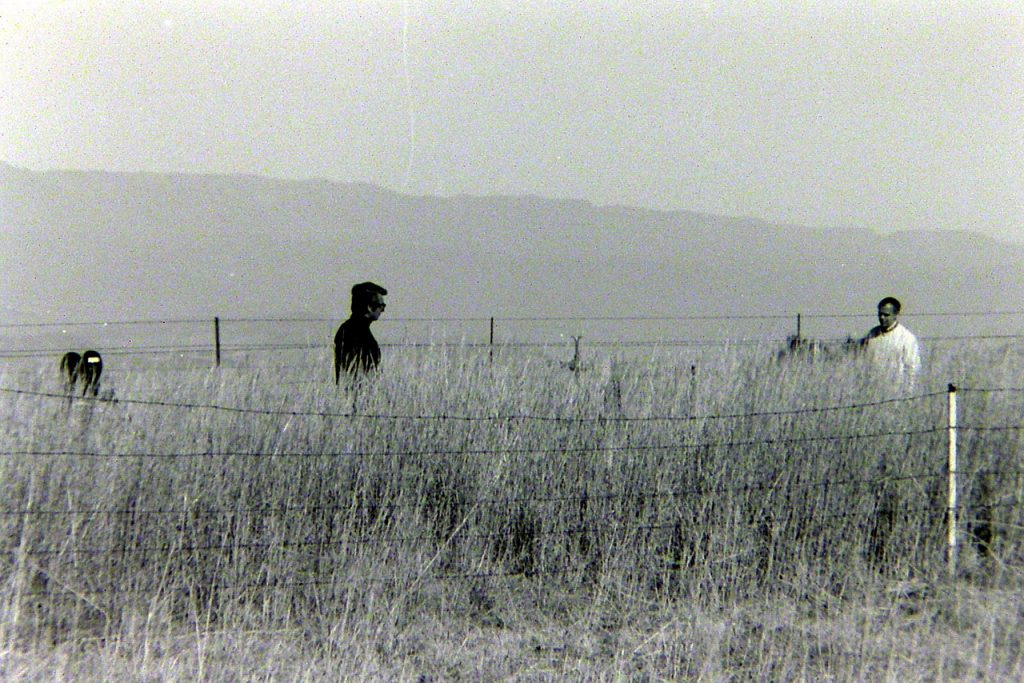 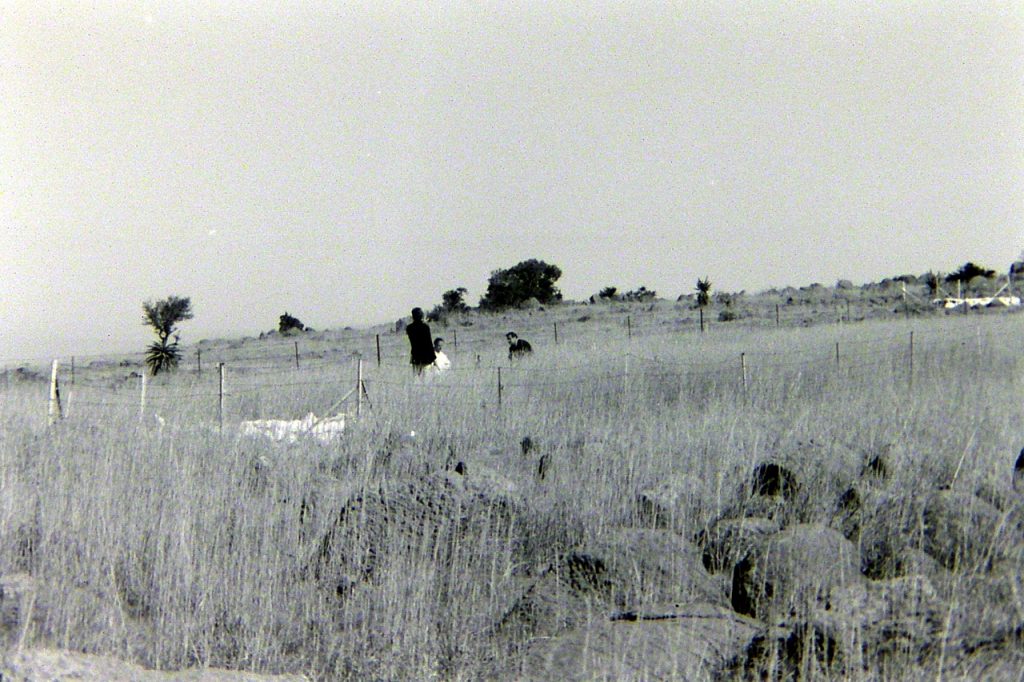 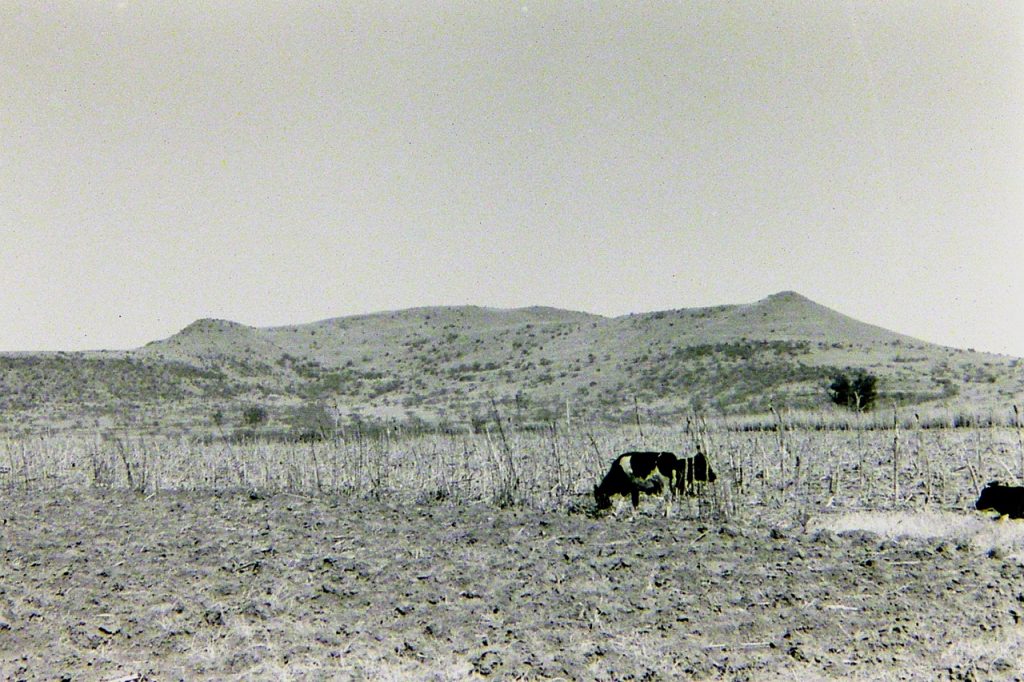 The famous mass grave. In the first photo you can see bullets, and human bones that had been washed out and which Midge reburied. 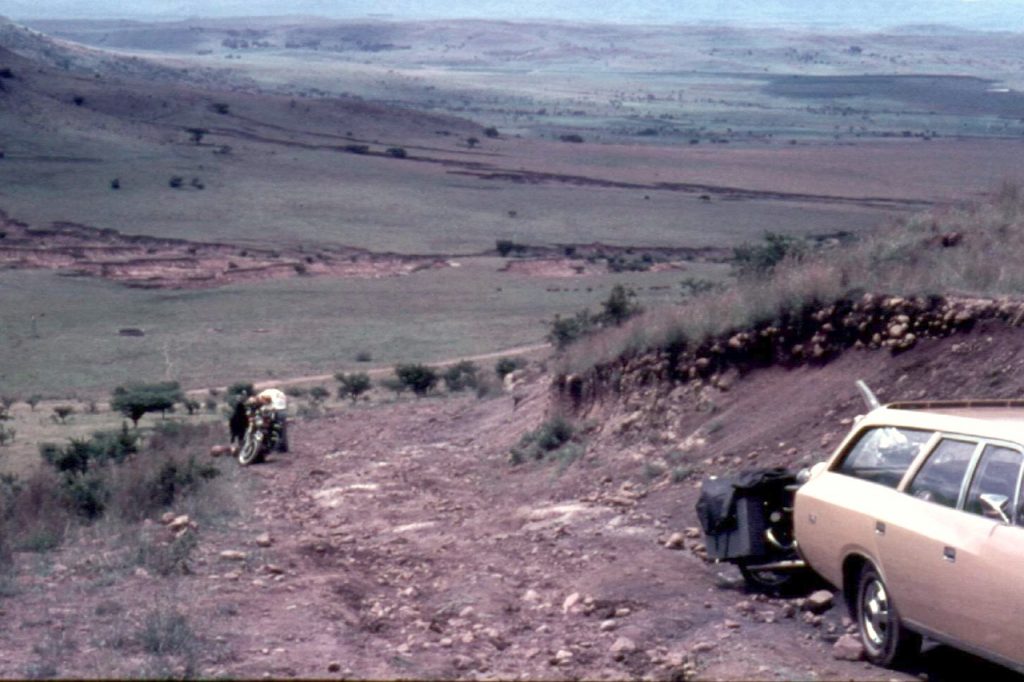 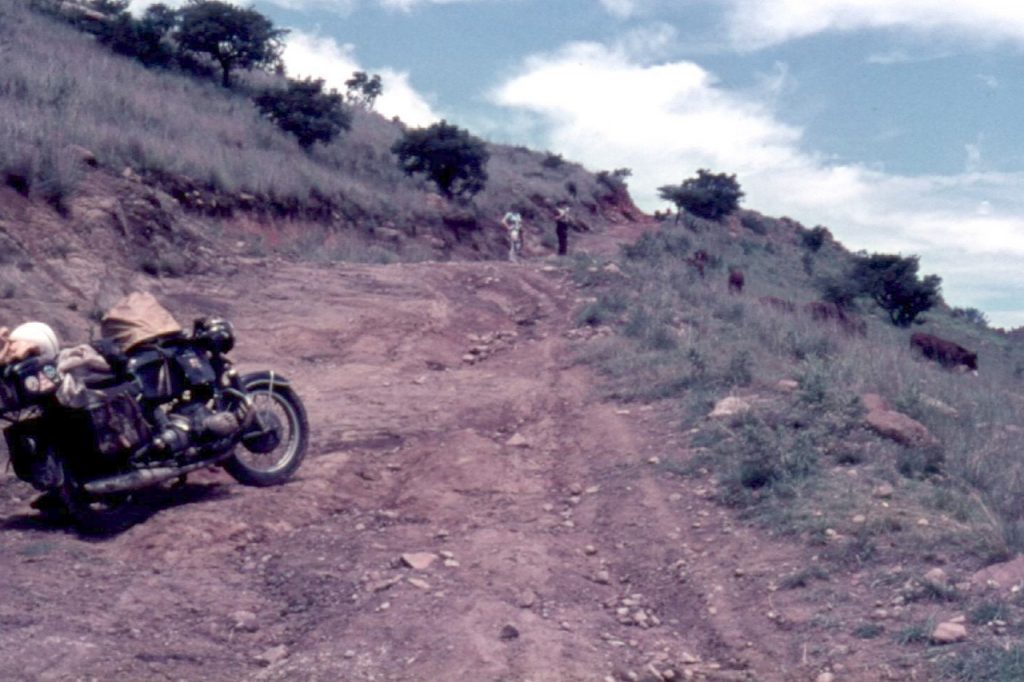