You are here: Home / Zulu Dawn

Zulu Dawn is a 1979 war film about the historical Battle of Isandlwana between British and Zulu forces in 1879 in South Africa. The screenplay was by Cy Endfield, from his book, and Anthony Storey. The film was directed by Douglas Hickox. The score was composed by Elmer Bernstein. Zulu Dawn is a prequel to Zulu, released in 1964, which depicts the historical Battle of Rorke’s Drift later the same day, and was co-written and directed by Cy Endfield.

In 1978 Samarkand came to Natal to make the film Zulu Dawn about the defeat of the British Army by the Zulus at Isandhlwana.

With my usual curiosity, I phoned to ask which flag they planned to use in the battle sequence, as Alphonse de Neuville had painted the incorrect one in his painting The Last Sleep of the Brave. That was the flag they were planning to use, but it was the Queen’s Colour, the Union Jack, not the Regimental Colours, taken to Isandhlwana. Oh dear!

As I could show them that I was right, and as I had served in the South African Commandos for 15 years – at that time and had a vast collection of military weapons and a long and passionate interest in military history, they decided that they needed me as their military and historical advisor.

In We Wander the Battlefields is an article I wrote at the time, explaining why some seemingly incorrect actions are in the film. The Director’s word is final and the main object of the film is to encourage patrons to pay to see it.

While working on the film I took many photos of the cast and crew, the surroundings, the action and so on. Even though this movie was made so long ago, it is still available on DVD, and was re-mastered recently with ‘extras’, including an interview with me.

The film was supposed to be set in a Natal Summer – greenness, full rivers, thunderstorms. Instead, because we needed good weather for filming, it was set in winter (which is dry, with lower river levels). It was June and the temperature got down below zero at times. Pity the poor Zulu actors! 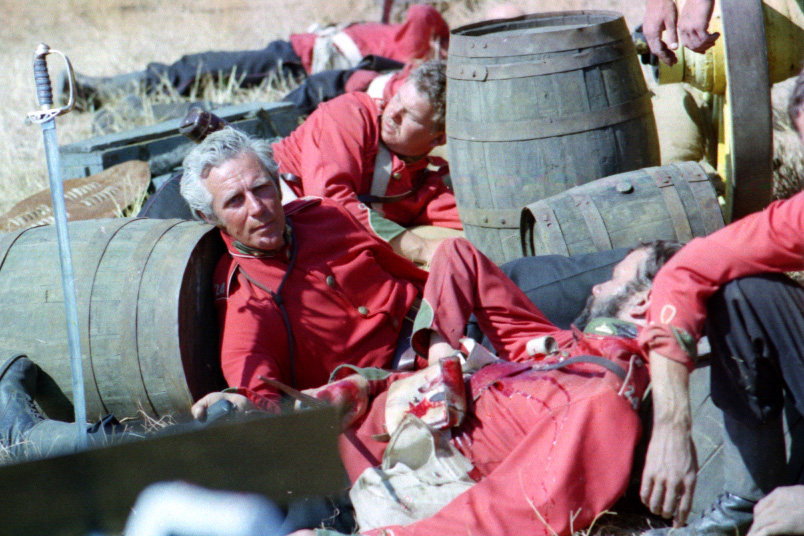 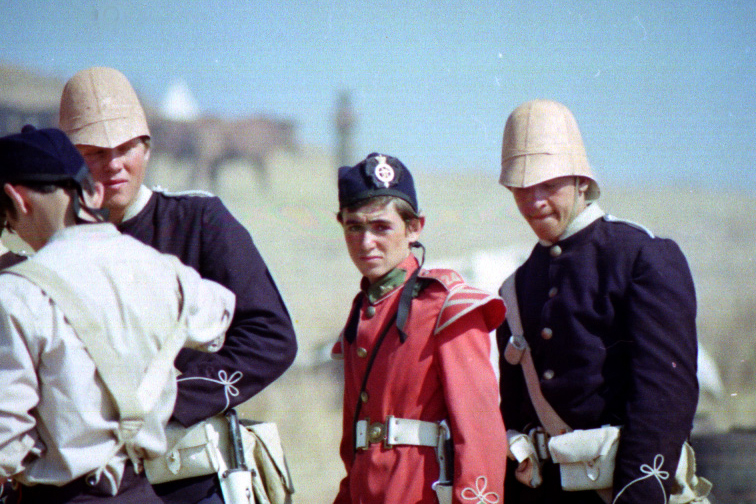 For the sake of making the setting of the film look more dramatic, the invasion was reversed and we ‘invaded’ Natal from Zululand. Some scenes and training were done in Baynesfield and Pietermaritzburg.

The wording on the information plaque above says:Isandhlwana

Around this hill a British force under the immediate command of Lieut. Col. AW Durnford and Brevet Lt. Col. HB Pulleine was annihilated by a Zulu Impi of between 20,000 and 25,000 under the command of Ntshingwayo ka Mahole Khosa.

52 officers, 806 non-commissioned officers and men as also 471 Native troops and non-combatants lost their lives. This led directly to the heroic defence of Rorke’s Drift which lies 10 miles to the west.

Note: There are various spellings of the chief’s name i.e. Cetewayo, Cetshwayo, Ceteswayo. 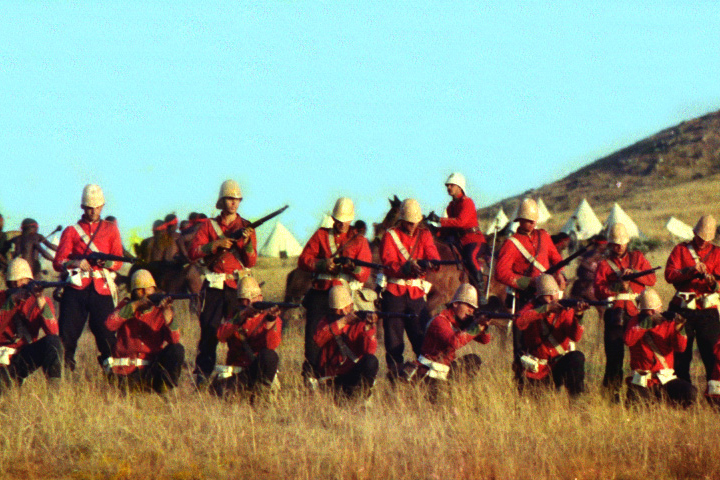 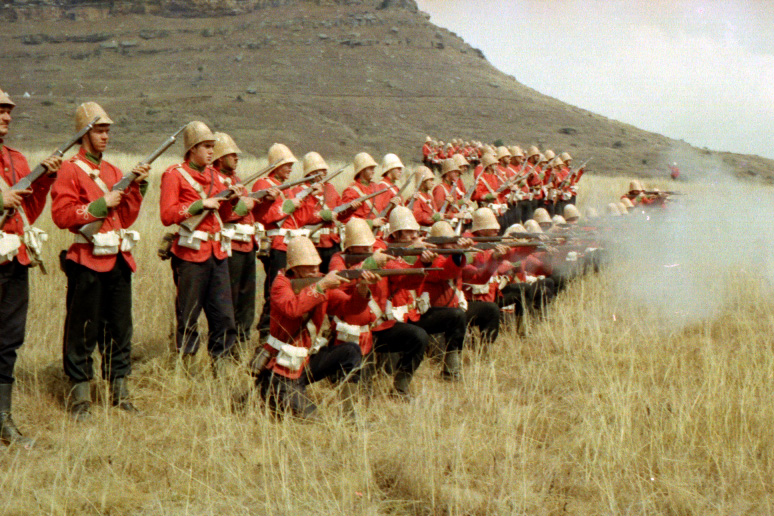 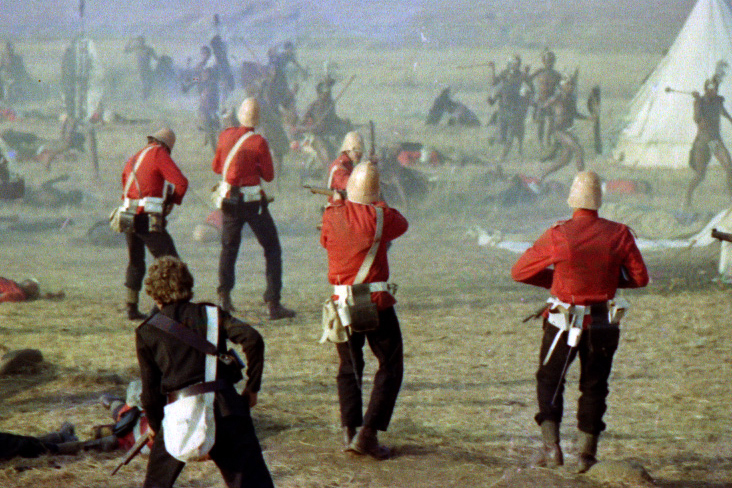 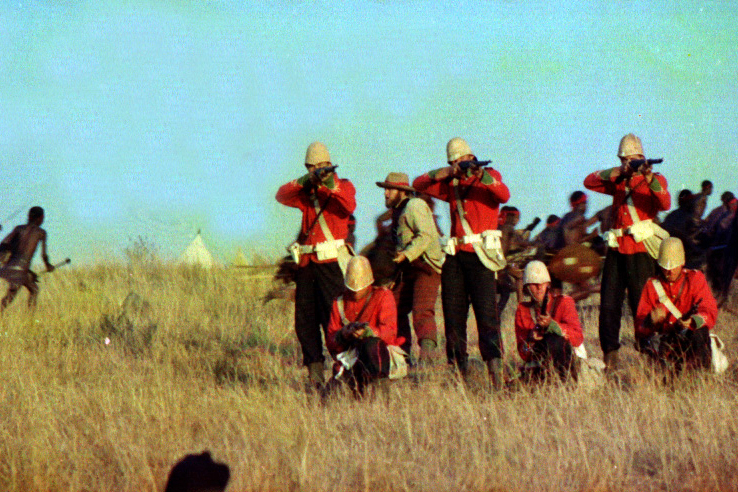 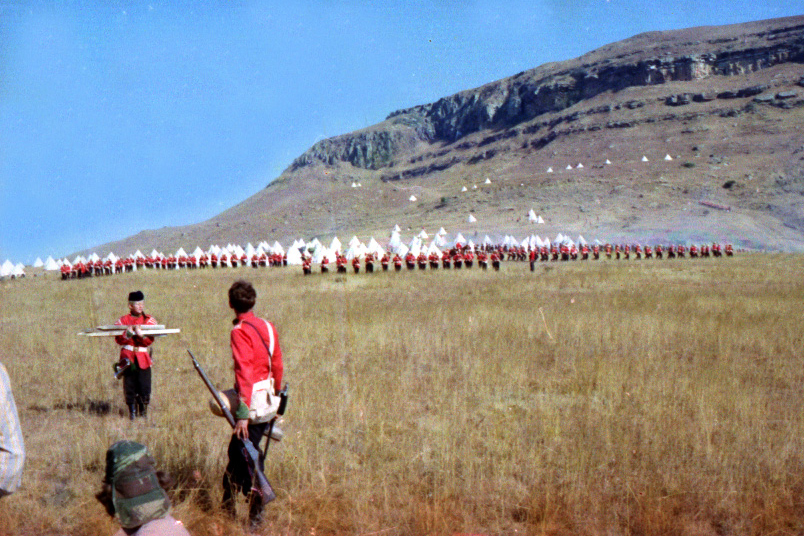 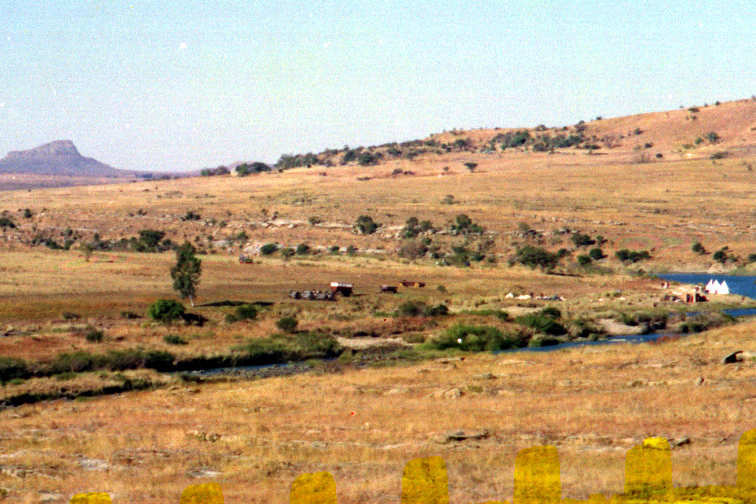 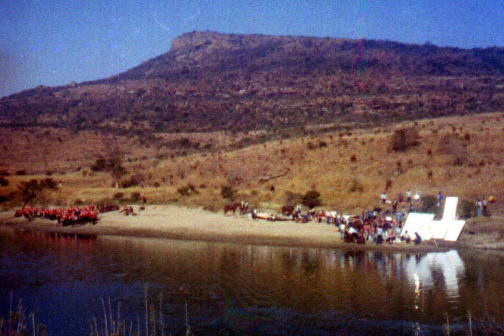 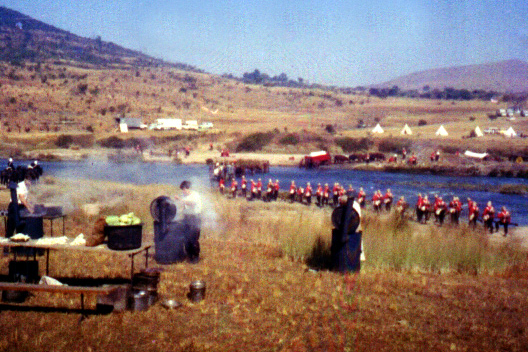