You are here: Home / Forts and blockhouses / Limpopo 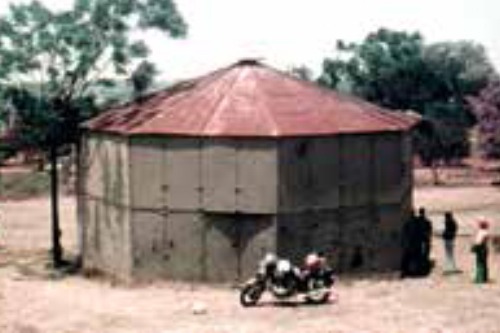 This fort, which was named after the wife of General PJ Joubert, Commandant General, is one of three iron forts which were ordered by the ZAR Government in 1887. The fort was originally erected on the farm Klipdam in 1888 and was thereafter moved to various sites. In 1969 when Mr W Menne donated it to the Town Council of Louis Trichardt, they transferred it to this site. The Fort occupied the same site for a short period in the 19th century when it formed part of the artillery camp of the ZAR.