You are here: Home / UK and Europe / Gibraltar

A hidden gem, Gibraltar is a small, rather unexciting-looking rock…until you get to explore it. We only gave a quick glance at the famous Barbary Apes, because we were eager to tour the World War Two Tunnels.

In the video clip below (taken in 2006) we are driven through the streets of the town of Gibraltar (across the airport runway!) and up to the top of ‘the Rock’. We admit that it is not our best clip, but it does show how steep the road is and the views across to Africa and Spain.

It also shows the dark interior of Saint Michael’s Caves prepared as a hospital for use in World War Two and now used for concerts. There is a short look inside the Great Siege Tunnel (completed in 1783), but photos are below. 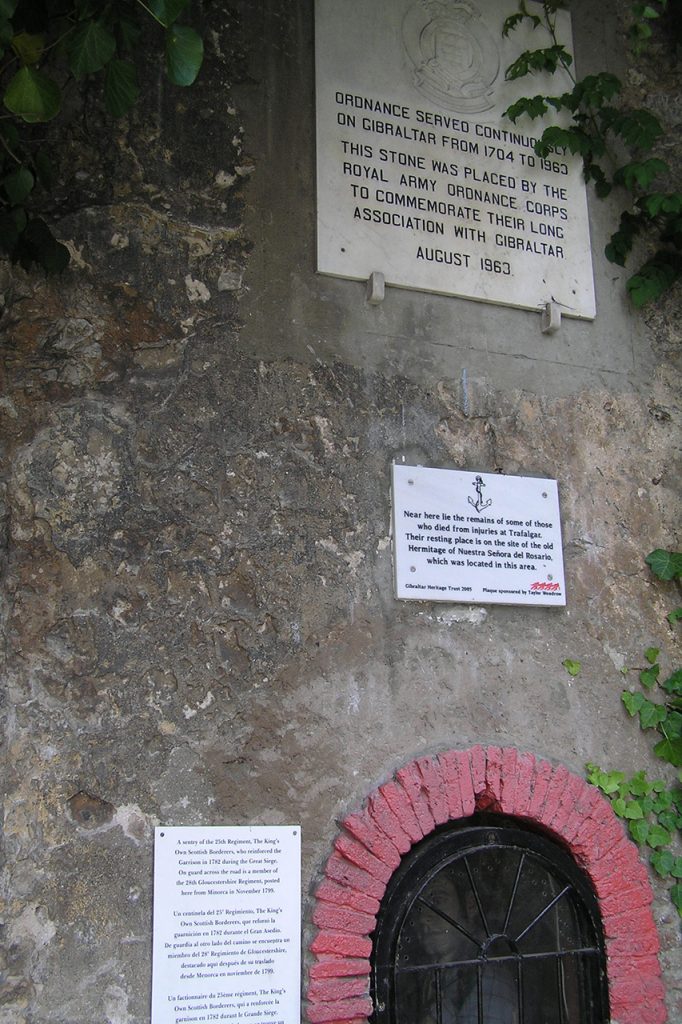 In the window on the right can faintly be seen a sentry of the 25th Regiment, The King’s Own Scottish Borderers, who reinforced the garrison in 1782, during the Great Siege. On guard across the road is a member of the 28th Gloucestershire Regiment, posted here from Minorca in November 1799.

Below that a second plaque tells us: Near here lie the remains of those who died from injuries at Trafalgar.

In 1940, according to the information leaflet, Churchill and the British military leaders believed that an attack on Gibraltar was imminent. Considered to be the “guardian of the Mediterranian”, the Rock must be held. As a result an impressive network of tunnels was dug, intended to house a hospital, military headquarters, a power station, and accommodation for large numbers of troops and civilians.

Today the tunnels have been set up with information boards and models to describe the facilities and workings of the time. 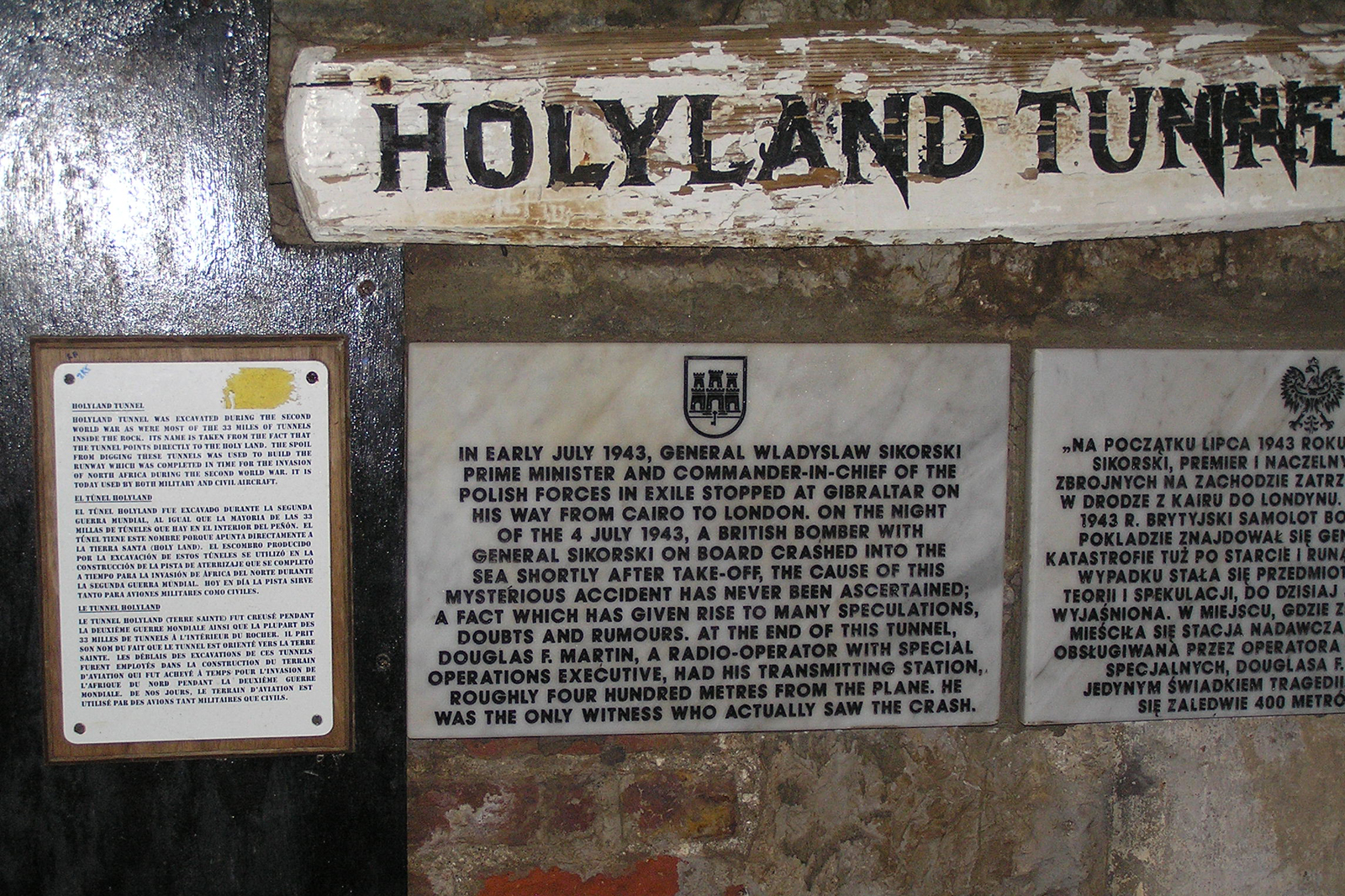 The Holyland Tunnel was excavated during the 2nd World War, as were most of the 33 miles of tunnels inside the Rock. Its name is taken from the fact that the tunnel points directly to the Holyland. The soil from the digging was used to build the runway, which was completed in time for the invasion of North Africa during the 2nd World War. It is today used by both military and civil aircraft.

Ordnance served continuously on Gibraltar from 1704 to 1963.

In early 1943, General Wladyslaw Sikorski, Prime Minister and Commander-in-Chief of the Polish Forces in exile, stopped at Gibraltar on his way home from Cairo to London.

On the night of 4 July 1943, a British bomber with General Sikorski on board, crashed into the sea shortly after take-off. The cause of this mysterious accident has never been ascertained; a fact which has given rise to many speculations, doubts and rumours.

At the end of this tunnel, Douglas F Martin, a radio- operator with Special Operations Executive, had his transmitting station, roughly four hundred metres from the plane. He was the only witness who actually saw the crash.

Around Gibraltar are other features of military and general interest. 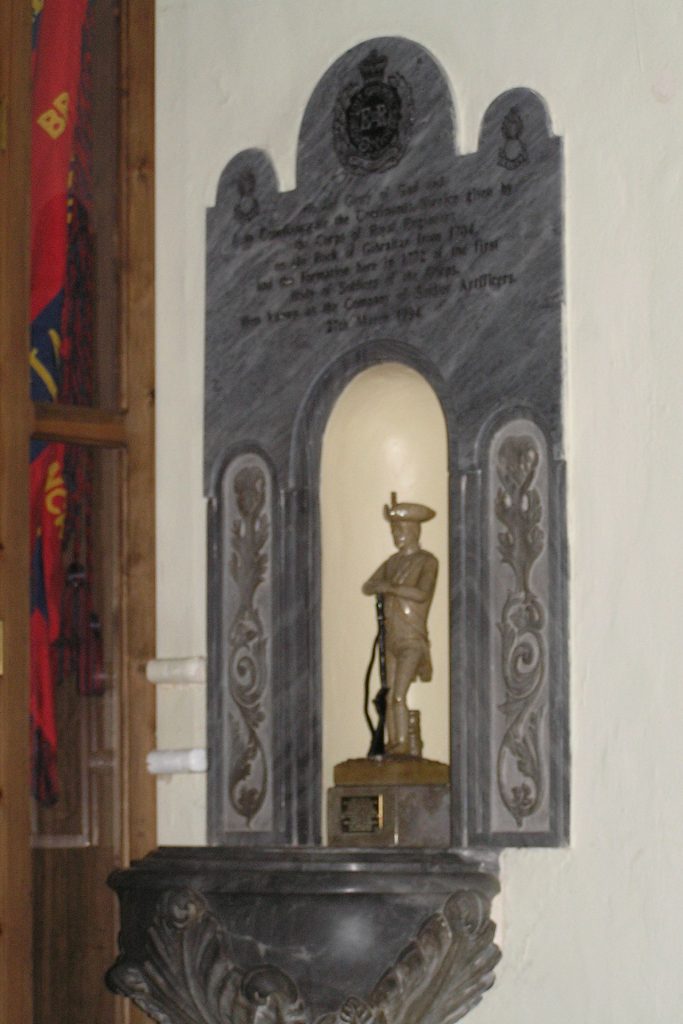