You are here: Home / UK and Europe / France

The famous Sunken Road where the Argyll and Sutherland Highlanders were photographed on their way to heavy casualties. 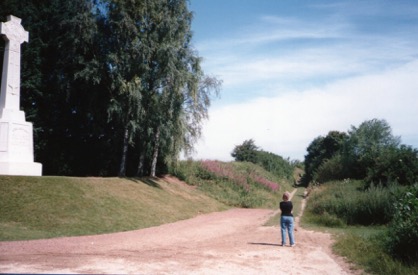 The men from this slaughter (15th Highland Brigade) are buried in these cemeteries. We look at the battlefield of Loos with members of the UK “Western Front Association”. At Dud Corner is the grave of Capt. Anketell Moutray Read, VC. (“He won because he never recognised defeat.”). 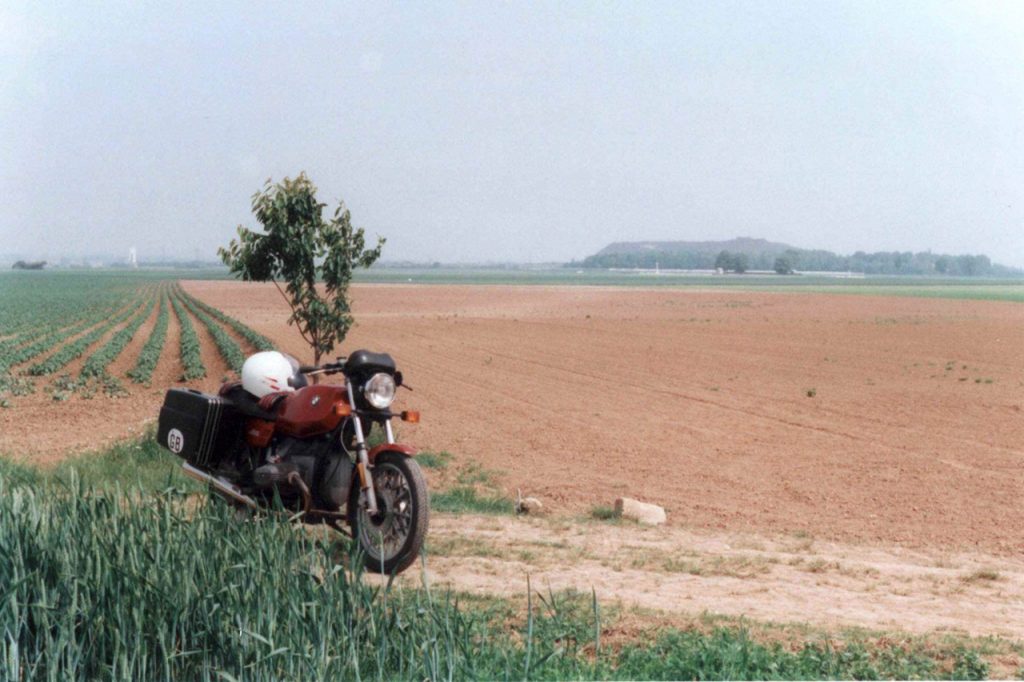 Here is the grave of Major Congreve, VC, whose father also won the VC, trying to save the guns at Colenso in the Anglo-Boer War. Their stories are both told in We Wander the Battlefields.

The now-beautiful battle site and cemetery at Delville Wood, where the South Africans suffered huge losses.  The nearby New Zealand monument is also on the video clip.

At the Memorial Dedication service in 1926, the Prime Minister of the (then) Union of South Africa – the Hon. JBM Hertzog said:

This monument, dedicated to our sons, stands here in remembrance of that great sacrifice and a warning. A warning against human passion and folly; an inspiration to all that is good and noble in human action and devotion, and in national unity of heart and endeavour. May the memory of the heroic self-renunciation of our sons bring comfort and peace to the desolute heart of the mother and widow, and fill us with a spirit of humble devotion to the task of our Great Master, enjoining peace and goodwill! 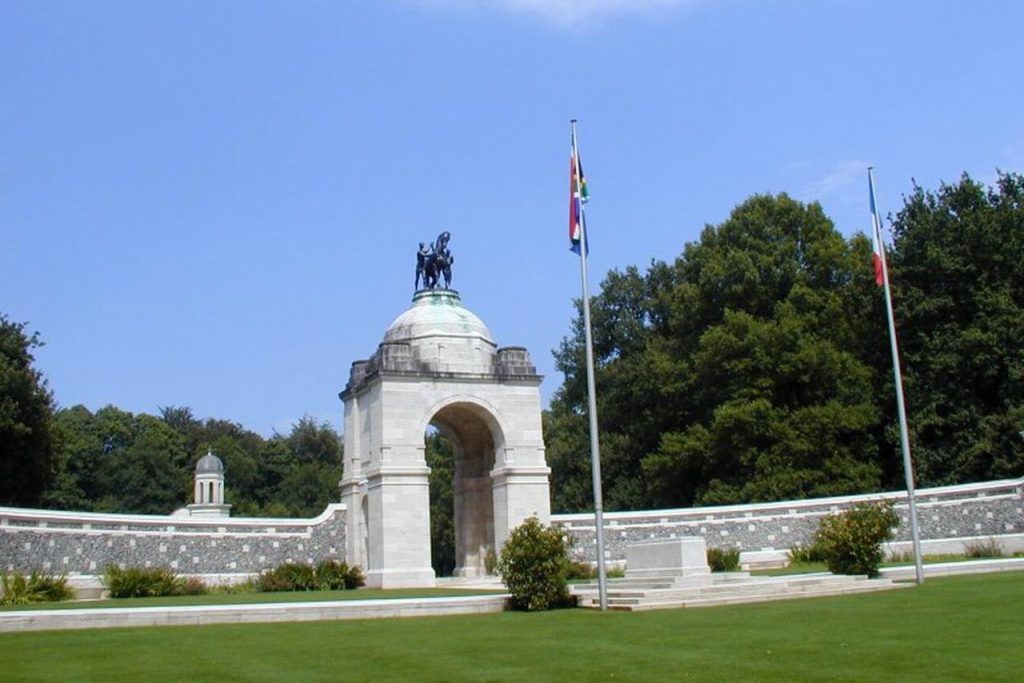 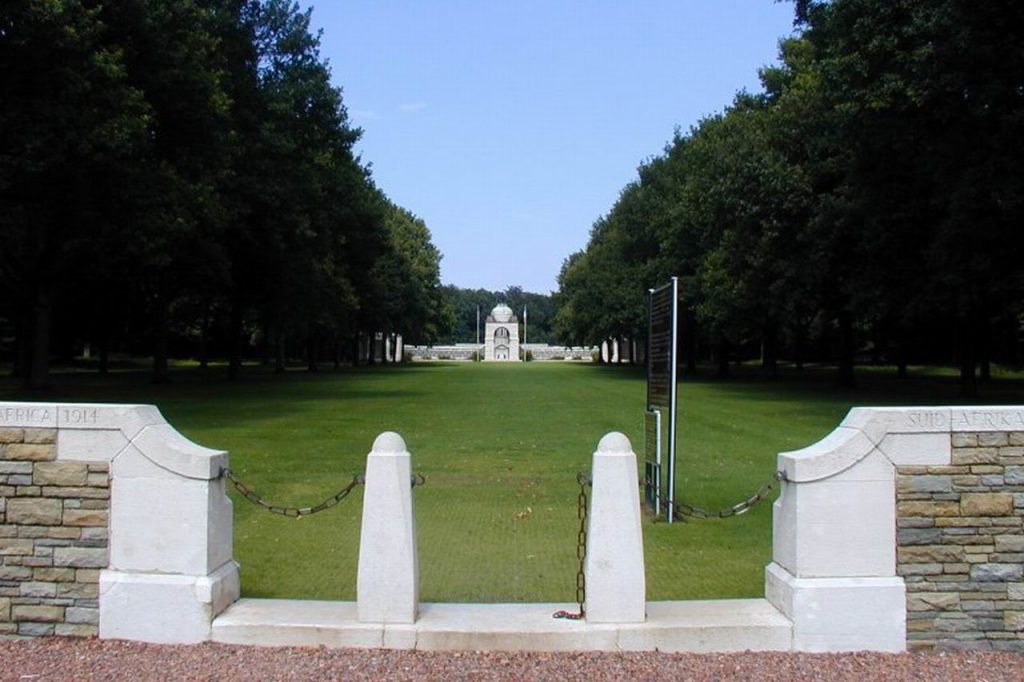 Sir Percy led a very adventurous life and played an important role in the history of South Africa. Many South Africans will immediately think of his book Jock of the Bushveldt featuring his dog, Jock. He was instrumental in establishing huge citrus estates, both near Uitenhage and in the Sundays River area. He was also involved in mining and politics.

His brother George was killed during the Anglo-Boer War at Willow Grange. He lost his three sons tragically. Major Nugent FitzPatrick was killed in action on 14.12.1917 at Beaumetz, France, and was buried in Beugny. In 1927 his remaining two sons died within 2 weeks of each other, Oliver of typhoid fever and Alan in a shooting accident. His daughter, my friend Cecily, lived to a grand old age.

Nugent’s death led to his father, Sir Percy, suggesting to Lord Milner that it be put to the War Cabinet that a two minute silence be observed annually at 11 am on 11th November, for all fallen soldiers (during World War 1 a daily 2 minute ‘pause’ had been observed in South Africa). When put to the King he agreed and it was proclaimed on 7th November 1919.

Coincidentally it would seem, an Australian journalist Edward George Honey (under the name Owen Foster) had suggested a 5 minute silence in a letter to the London Evening News on 8th May 1919, but this was not acted upon at the time. Both men have been given credit for the suggestion, but with some conflicting opinions on whose idea it was.

Sir Percy was the prime mover in securing, as a perpetual memorial, the Delville Wood site in France, where so many South Africans were killed in WW1, in replanting the forest and reburying the fallen in the cemetery opposite the memorial, and he played an important part at the dedication ceremony. I was given his copy of the Dedication Ceremony booklet by his daughter Cecily. 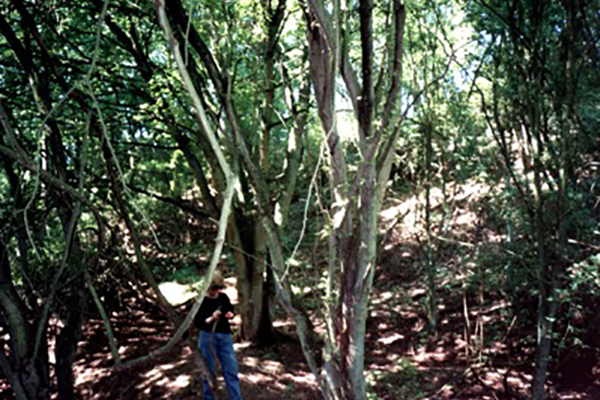 Near Beaumont Hamel. Cemetery and story of Lt. Eric Heaton (“I came out willingly to serve my country”).

This small cemetery is dedicated to the Royal Bershire Regiment.

This cemetery near Loos is dedicated to the Indian soldiers who died in the Great War.

This awe-inspiring crater (300 feet wide and 70 feet deep) is near La Boiselle.

The Lochnagar mine crater on the 1916 Somme battlefields in France is the largest man-made mine crater created in WW1 on the Western Front. It was laid by the British Army’s 179th Tunnelling Company Royal Engineers underneath a German strongpoint called “Schwaben Höhe”. The mine was exploded two minutes before 07.30 am Zero Hour at the launch of the British offensive against the German lines on the morning of 1st July 1916. Source: The Great War

Now peaceful and green, it contains trenches, craters. A caribou, representing Newfoundland, stands atop a cairn with the poignant words of a poem by John Oxenham on a plaque. Hawthorne Ridge No 2, Hunter’s, Y Ravine and Y Gully cemeteries. 51st Highland Division cross and statue. 29th Division monument.

Newfoundland Memorial Park is a site on the Somme battlefield near to Beaumont Hamel. The land was purchased by the Dominion of Newfoundland after WW1. It was named after the Royal Newfoundland Regiment, which had provided one battalion of 800 men to serve with the British and Commonwealth Armies. It’s tragic part in the action of 1 July 1916 is remembered through this memorial park. The site is also a memorial to all the Newfoundlanders who fought in the war, most particularly those who have no known grave. The park does, nevertheless, preserve the memory of the men of the many other regiments from the French, British and German Armies who fought and died on this part of the Somme battleground from September 1914 into 1918. Source: The Great War

Monument to the 1st Australian Division. A close look at a German blockhouse.

Here are recorded, in overwhelming numbers, the names of those, killed on the Somme, who have no known grave, and in the cemetery is grave after grave of a soldier “known only unto God”. Sobering. The name of composer George Butterworth, MC, is shown on the wall. 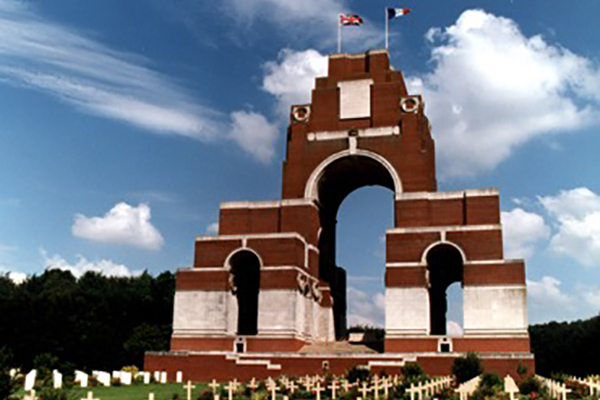 This Australian cemetery is close to where the battle of Fro-melles was fought in July 1916 (not February as Midge says).