You are here: Home / UK and Europe / United Kingdom

The United Kingdom is awash with wonderful military memorials and museums that would take years to explore and record. Every church, churchyard, cemetery, school, village, and especially London, has statues, plaques and monuments to remember famous figures, regiments and battles.They continue to be erected. These photos are of a tiny portion that caught our attention. Every name on every memorial could tell a story.

ANZACS in Codford. During World War One, the Wylye Valley became the centre of large training and transfer camps for tens of thousands of troops waiting to move to France. The Lamb Down Chalk Badge and the ANZAC (Australian and New Zealand Army Corps) War Cemetery are the only reminders of a period troops from Britain, Australia and New Zealand were stationed in and around the village.

Inscription. The Lamb Down Chalk Badge dates back to approximately 1917. The Australian Brigade Commander of the nearby garrison wanted to leave a visible Australian mark on the English countryside. Gazing out from the reading room of his headquarters at Stockton House, he came up with the idea of carving out a Rising Sun badge in the chalk hillside opposite, known as Lamb Down. The initial work on the badge was started by the 13th Training Battalion, Australian Imperial Forces (AIF). The badge was then embedded with green, brown and clear beer bottles to make it shine bronze like the badge worn on the Australian uniform.. Maintaining the badge became the focus of punishment parades and as a result the spur on which it is carved became ‘affectionately’ known as Misery Hill by Australian troops. The badge remained untouched until WW2 when it was covered over to prevent aircraft using it as a navigational aid. After the war it was uncovered. However, most of the glass had either washed away or sunk into the chalk below. The outline of the badge remains to this day.

Proudly worn in two World Wars, the Rising Sun, officially known as the General Service Badge of the Australian Imperial Forces, became one of the best recognised and honoured insignia of the allied armies and an integral part of the Digger tradition. Its distinctive shape, worn on the upturned brim of a slouch hat, is readily identified with the spirit of ANZAC.

Some details from the board: The War Grave Cemetery , which is the second largest in the United Kingdom, contains one World War Two grave and 97 ANZAC troops from World War One. 66 are New Zealanders and 31 are Australian. The men were evacuated from the front line and died in hospital here between 1916 and 1919.

On the board a map shows the uses the various buildings in the town were put to, and details of some of the local men who died in WW2, including Lt Anthony Hancock, Royal Ulster Rifles, killed by a magnetic mine in Bremen 1945 and Lt Guy Westley a Yorks & Lancs officer who died on Gold Beach Normandy, 6th June 1944 aged 25.

There are more stories of local men who died in so many different ways. We read about: 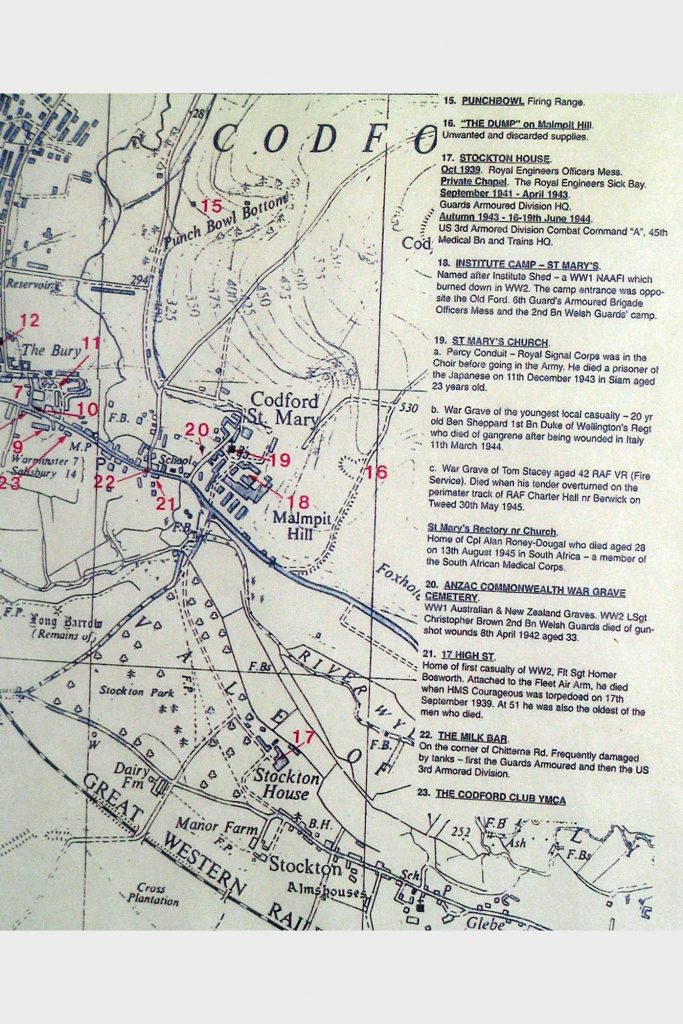 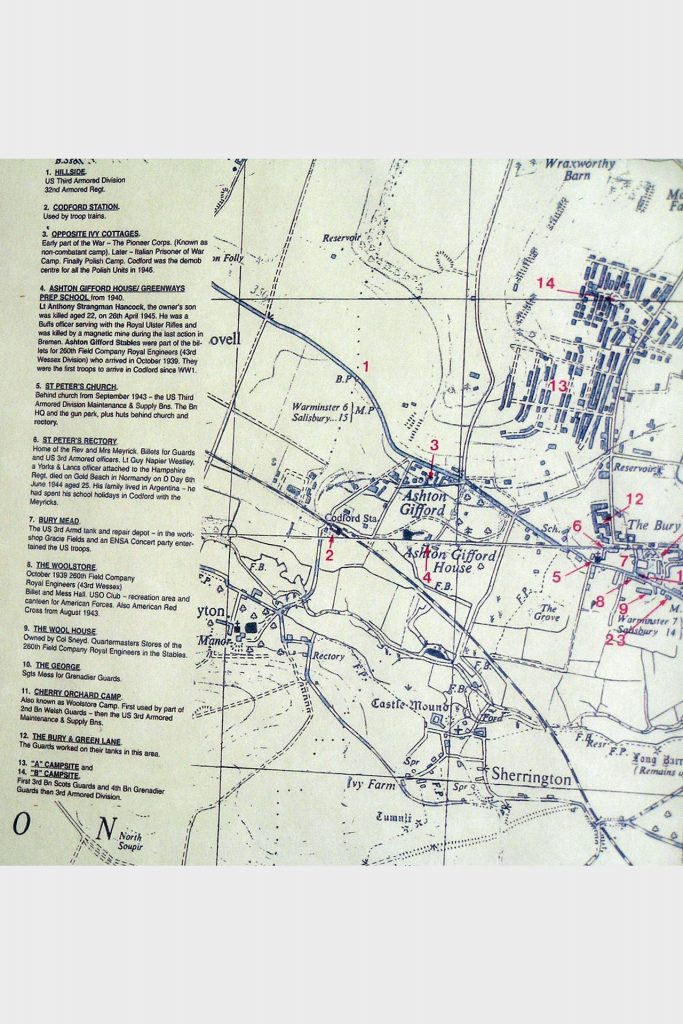 This battlefield is very well laid out, with many information plaques, and an audio guide is available. In the video clip below we wander around the area, including the Abbey.

We have tried to put together a short summary of what took place.

Harold now had to lead his weary army, depleted by the losses at Stamford Bridge, to meet William of Normandy. This took place ( it has been believed) at Semlac Hill, near the town of Battle, some miles from Hastings, on 14th October, 1066..

William had cavalry as well as foot soldiers, but Harold formed his shield wall and put up a strong fight. However the English were defeated, probably because Harold was killed.

Legend has it that this was caused by an arrow through his eye, some say because he had removed his helmet to show his men that he was still alive.

Harold was the last Anglo-Saxon king. 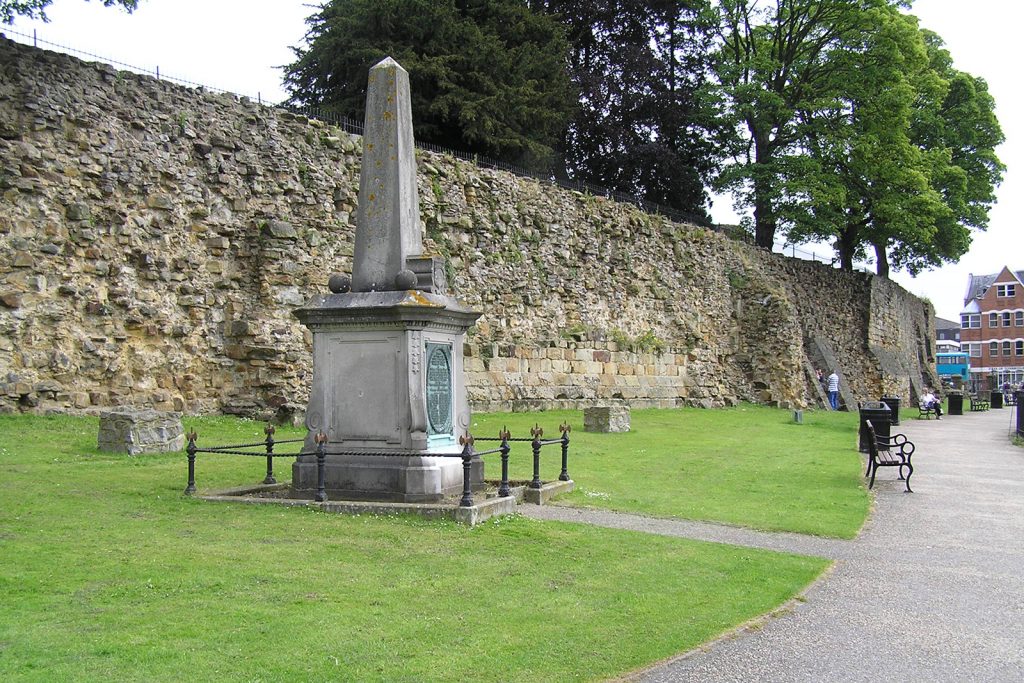 Erected by friends to the memory of those whose names are inscribed below, Townsmen of Tonbridge and Old Boys of Tonbridge School.

Thy loyally gave their lives to Queen and country, and fighting in the war against the Boers helped to save South Africa for the Empire. 1899-1902

Their bodies are buried in peace, but their name liveth for evermore.

Among the names are:

The Horse Guard Parade monument commemorates many units, including those on the front panel:

Many more are on the side panels.

This fascinating museum is packed with memorabilia, medals, paintings, dioramas and information about the Welsh involvement in the Zulu Wars, particularly Isandhlwana and Rorke’s Drift. There is a vast amount to watch and listen to.

Look at our video clip below to see the wealth of the displays.

1997. The Brecon Cathedral also has interesting memorabilia on display.

1997. This very poignant Anglo-Boer War monument is outside the City Hall. An angel holds aloft an uprooted tree and another figure holds a harp with broken strings, to signify lives ended too soon. Unfortunately, it is too weathered to read the panels which are full of detail.

Opposite the Hall is also a statue to Lt/Col Lord Crichton Stuart, killed at Loos, and Viscount Tredegar, who led the 17th Lancers at Balaclava.